Internationally known for his signature expression of femininity, romance and elegance, haute couture designer Georges Hobeika has captivated the fashion world with his creative style and his consistent crafting of statement pieces admired as works of fashion art. During his civil engineering studies, Georges Hobeika discovered his innate passion for fashion design when he began sketching dresses to assist his mother who owned an atelier business with a growing clientele. Pursuing his passion, he left to Paris during the height of the Lebanese War and was immersed in the world of fashion via his internship at Chanel. Georges Hobeika returned to Beirut, established his atelier and was ready to debut on the Paris couture runway in 2001. Today, Georges Hobeika enjoys an ever-growing haute couture clientele and has successfully established three ready-to-wear lines – Georges Hobeika Bridal, Georges Hobeika Signature and GH by Georges Hobeika. Taking his renowned talent into another realm of design, Georges Hobeika anticipates the official launching of his couture furniture line in the near future.ship of the family Atelier, led him create Collections of Couture gowns of exquisite femininity and sophistication. la Haute couture in Paris elects him as new guest member to the Haute Couture calendar. 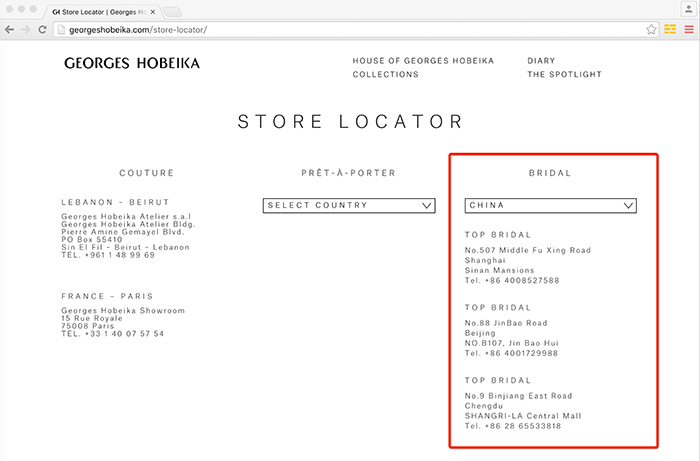